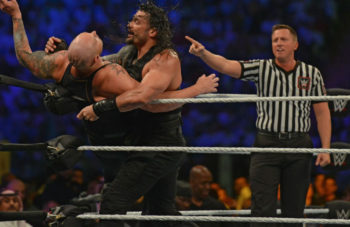 “I think marijuana should be legal and it should be taxed.” In a recent episode of the wrestling podcast, Grilling JR, long-time wrestling commentator Jim Ross said World Wrestling Entertainment (WWE) was “ahead of the curve” with respect to cannabis reform. In 2008, WWE reformed its approach to cannabis and opted to test wrestlers for the substance just once per year. – Read the entire article at Edmonton Journal.
Post Views: 3

How to Handle Edibles In Front the Family This Thanksgiving

4 Things To Consider When Looking For A Medical Cannabis Doctor

THC Extraction: How to Turn Trim to Profits

Top 10 Cannabis And Psychedelic Stock News Stories Of The Week

Can You Smoke Your Leftover Weed Stems? What Can You Even Do With Them? Here’s What You Should Know.

7 Cannabis-Infused Recipes for Your Danksgiving Feast

How To Give Your Thanksgiving Gravy An Extra Kick, Thanks To Cannabis.